Subscribers to my newsletter also get the latest info on what books I have coming out, receive snippets and samples, as well as short stories, and get the news before anyone else as far as what I’m working on and when to expect it.  You can sign up on the link to the side or here.

Whenever I look at the visits to the blog, I’m always a bit curious about who visits.   Some days I’ll have ten hits from Poland, other days fifteen or twenty from Germany, or Romania, or the Ukraine.  Every day I have visits from Australia, the UK, the US and others.  So I’m curious to see… who are you?  If you have the time, post your name, where you are from, and maybe a little about yourself in the comments. 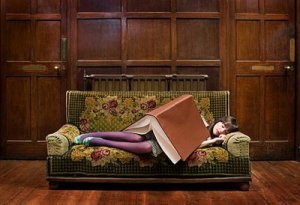 There’s an ongoing trend in SF and Fantasy (particularly in Fantasy genres) for books to get longer and for series to be longer.  Many authors like it that way, many readers like it that way… but why?  We can all harken back to the golden age of SF when many authors wrote stand-alone novels… or can we?  Asimov’s Foundation series began as a trilogy and eventually became not just seven novels, but also the spiritual sequels to his Robot and Empire series.  Heinlein often wrote stand-alone novels, but later on in his life he also tied them together, linking older books together through time travel and having old characters act as mentors to other characters.  Granted, there are and continue to be many authors who write stand-alone books, where the story arc follows just the one set of characters through one book.  But currently, this is becoming less the norm and more the exception.

In fact, as you look further back than the “Golden Age” you might notice something of a trend.  Jules Verne, Robert Howard, Edgar Rice Burroughs, and Doc EE Smith were some of the founders of Science Fiction as we know it.  They often wrote in serialized formats, either for magazines or pulp markets.   Why, you might ask?  Because that was the way to draw and keep an audience.  As stories go on, the readers become more and more attached to the characters and invested in the universe.  For an author, that is exactly where you want them to be.  Reading is an investment of time and money… and if the reader has already invested time and money into your characters and story, then they are more likely to continue, particularly when money is tight.

The same holds true today and in more forms of media than that of books and ebooks.  Movies are increasingly becoming either series or reboots, the former to build “bigger” story arcs and delve into characterization that you can’t accomplish in a mere ninety minutes.  The latter is a coldly calculated rationalization that name recognition and recycling ideas is a way to get people to put their butts in the theater seats.

Video games have become franchise sequels or like World of Warcraft or Eve Online, become longer, with ever more added content.  This is all a means to the same end: they know that the consumer has invested time and money into their products, they want to get a bit more of it to continue the draw.

Coming back to the original statement, why is this so prevalent in SF and Fantasy?  The easy answer is that readers want it.  They like seeing more of their familiar and loved (or hated, see Game of Thrones) characters.  The investment of learning a new author’s universe is paid back by the enjoyment of continuing adventures within that universe… as long as it doesn’t change too much.  Reading is an escape, a means of enjoyment, and we want that escape to continue as long as it can.  That is why we like series and broad, epic books.  Because once we’ve invested the time into that story, we don’t want it to end until we’re ready for it… and one book is seldom enough.

Thanks everyone who participated in the release of The Prodigal Emperor.  I hope everyone enjoys the book and however you feel about it, please post a review on Amazon, Goodreads, or wherever.  Also, if you have personal feedback for me, feel free to contact me using the blog’s feedback link or even just commenting here.

I look forward to hearing what people think of it and I’m hard at work on the next book, this one Fate of the Tyrant, Book III of the Eoriel Saga.  Thanks for reading!

Baron Lucius Giovanni has done the impossible: not only has he held the alien Chxor at bay, he has taken the fight to them and liberated human worlds. Yet humanity’s implacable foe has drawn a line in the sand. They will hold Nova Roma at all costs… or see it a scorched ruin.

Lucius must aid Nova Roma’s Emperor and liberate his homeworld, but along the way he must also deal with old and new adversaries and with a conspiracy that seeks to usurp control of his fleet.

Nova Roma’s Emperor is going home, and Lucius will go beside him, for if he cannot overcome these obstacles, then humanity’s last hope will be overcome and the Chxor will enslave and exterminate the remaining free worlds.

Pick up your copy of The Prodigal Emperor today!

The audio book for Wrath of the Usurper is now live!  It is available on Itunes, Amazon, and Audible.com.  Links are below.  As with Echo of the High Kings, Eric G. Dove is the narrator.  He did a fantastic job once again and if audio books are your thing, then you should check it out!

Civilization is dying. The lands of the Five Duchies are in chaos. They are leaderless and each land stands alone. Besieged by barbarians, savages, fell beasts, and infighting, few doubt that the end times are upon them. Yet all is not lost. In the East, Lady Katarina Emberhill has begun an uprising against the Usurper and those who follow her carry relics from the time of the High Kings. In Boir, Lord Admiral Christoffer Tarken forges alliances and defends his lands. And in the Eastwood, powers that have been silent for eons are stirring and turning their eyes to the outside world. But the key is the Usurper Duke, a man drawn to savagery and battle. His victories in his personal war against the Armen have swelled the ranks of his army. Who will draw the wrath of the Usurper: will he turn it against his own rebellious people or levy his forces against the threats to all civilized men?

Wrath of the Usurper on Audible.com

Wrath of the Usurper on Amazon

It should also be available over the next few weeks from both Barnes and Noble and other booksellers.

I’m now back from Dragon Con (it takes some of us more time than others) and boy was it a great time.  For those of you who don’t know, Dragon Con is the big convention in Atlanta.  It’s a unique experience, far more friendly an atmosphere than you might think for the size of it (they hit 70,000 attendees this year I’m told). 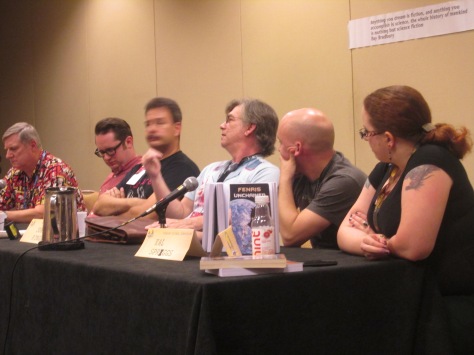 My first panel at Dragon Con was a Military Science Fiction panel on Saturday evening, which I got to be on with John Ringo, Michael Z. Williamson, David Afsharirad, and Jack Campbell.  It was an excellent panel and we covered a lot of great topics, including: writing military SF with no military background (most of us as panelists had to admit that we couldn’t),  differences between American SF (which has a lot of Mil SF) and other cultures SF, how we tie our readers to our characters, and quite a few more. 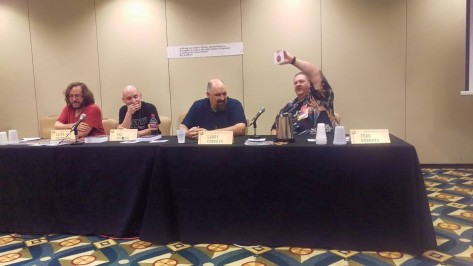 I was also on an evening panel with Larry Correa and Keith DeCandido: First Contact Improv.  That was… an interesting one.  Cross ‘Who’s Line is it Anyway?’ with Star Trek and you sort of get the idea.  I think the panel actually improved when we discovered that the hairless alien lolcats secreted hallucenigens from their skin…

I’ve uploaded a few more photos to Facebook, but all in all it was a phenomenal experience that I can’t wait to have again next year.

September is another busy month for me, though there seems to be a lot of that going around.  Today I’m at Dragon Con in Atlanta, I’ll be enjoying the sights as well as participating in the convention.  If you see me wandering about, feel free to stop me and talk.  I’d love to hear what you have to say about my writing or even just talk about Dragon Con.

For the rest of the month I’m finishing off the final edits for the sequel to Fenris Unchained, finishing the final chapters on the currently titled Valor’s Child, a young adult science fiction novel.  I like to think of it as a cross between Ender’s Game and Starship Troopers, and I’m hoping people will enjoy reading it when it comes out.  This month, subscribers to my newsletter will get a sneak peak at it as well as Fenris Unchained’s sequel (Currently titled Odin’s Eye).  Sign up for the newsletter today to be a part of that!

Other than that, I’ve already finished outlining Fate of the Tyrant and as soon as I finish work on Valor’s Child, I’m going to get started on it.  I should be able to get a good section of that done by the end of the month, with a goal of having it published in December.

Don’t forget, I’m running deals this weekend for my ebooks.  The Fallen Race is only $2.99, Look to the Stars is free, and Echo of the High Kings is on a countdown deal, $0.99 today and steadily increasing in price for the rest of the weekend.

Exciting news, I’ll be attending and participating in Dragon Con in Atlanta, Georgia.  I’ve confirmed that I’ll be on a Military Science Fiction panel at 5:30 PM on Saturday (location to be determined) and I may be participating in other panels as well.  I’ll have copies of my books on me, too, so if you’re there, you can get signed copies of my books.  This’ll be my seventh year at Dragon Con and my first time as a participant, so I’m very excited.

In honor of Dragon Con, I’m also putting a couple of my works on sale for the weekend.  The Fallen Race will be priced at $2.99 for the weekend (also discounted in the UK, Canada, and the EU).   My short story, Look to the Stars, will be available for free all weekend.  And I’m doing a Kindle Countdown deal for Echo of the High Kings, starting at just $0.99 on Friday, September 4th and going back to full price by Monday, September 6th.

This is your chance to pick up all of these for discounted prices.  If you already have copies of those books, spread the word to people who might be interested.  I’m trying to fund my Dragon Con trip off this sale (or at least defray the cost a bit), so the more people you tell, the better!