Prisoner of the Mind, near-future novel of mine set in the Shadow 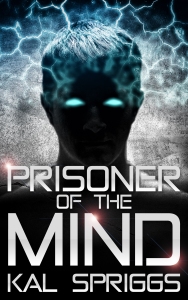 Space Universe, is coming soon!  Prisoner of the Mind is a techno-thriller set in the near future, where people with psionic abilities have emerged and society hasn’t adapted well to their existence.

How do you know right from wrong if every memory, every thought in your head was put there by your enemies?

In a near-future, when humanity has begun to spread throughout the stars.  In the process, they’ve awakened abilities hidden within their own DNA.  Psychics have begun to appear at ever-increasing rates with abilities that range from mental manipulation to mass destruction and beyond.  Empowered by public hysteria and fear of psychics, Amalgamated Worlds has taken over.  Their powerful combination of military and security forces, control of media and communications, and manipulation of internal threats has created a police state that spans all of human space.

Shaden Kirroy is a product of that police state.  Designed to be a weapon for use against his fellow psychics as well as any civilians who step out of line, he is an artificially enhanced psychic.  He is a blank slate, his past erased and replaced with engineered loyalty to Amalgamated Worlds.
Yet Shaden realizes that something is terribly wrong.  As his world begins to unravel, as he realizes the horrors of what was done to him, Shaden must find a way to free himself, to unlock the prison of his own mind.
Look for Prisoner of the Mind at the end of the month!