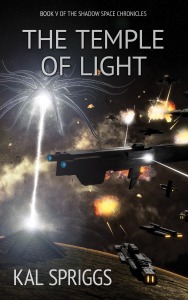 “Well,” Captain Daniel Beeson smiled, “that could have gone better.”

“Well, we’ve received the official thanks of Tigel’s planetary government for ‘removing an entire criminal organization,’ so I suppose it didn’t work out too bad,” Daniel said.  “But as I considered just how to break it to the Emperor that I got you killed —if I got you killed– I somehow don’t think that thanks would be worth all that much.”

Lieutenant Giovanni looked down and Daniel’s smile faded.  “I think it is best that we return to Faraday.  From what I understand, they’ve had some developments there and the Admiralty may have a better grasp on the situation rather than us continuing to chase after rumors and false leads.”

“Orders, sir?” Forrest stared at him in surprise.  “I’m being transferred?”

“You are.  Apparently they’ve had an officer vacancy aboard the destroyer Bowie, so once we get back to Faraday’s Sanctuary Station, you’ll transfer immediately,” Daniel said.  He couldn’t help a smile at Forrest’s obvious dismay.  A transfer to a destroyer after his time aboard the Constellation was something of a demotion.  While that wasn’t technically true, that’s how it would be seen… except for one important point.  “I understand you’ll be replacing Lieutenant Commander Felton as the new CO of the Bowie.  Congratulations.”

A command after such a short time as XO aboard the Constellation was a sign that his performance had been noticed.  Granted, Forrest Perkins was older than most Lieutenant Commanders, at nearly fifty, though his youthful demeanor and access to the United Colonies’ longevity treatments made him look no older than twenty-five.  He’d only served in the United Colonies Fleet for six years, but he’d plenty of civilian ship experience and had graduated from Saragossa’s Fleet Academy over twenty years previously.

And since Saragossa may sign on to the United Colonies, Daniel thought, using him as something of a poster-child isn’t a bad idea.  Daniel didn’t know if Forrest realized such politics were involved, but he wouldn’t be surprised if he would figure it out soon enough.  Not that he hasn’t earned it, Daniel thought.

“No, thank you for your exemplary service,” Daniel said.  “Once we make port, Lieutenant Commander Rickard will take over as XO until your replacement arrives.”  He couldn’t help a look at Ensign Giovanni.  “At that point, I’d understand if both of you might want to take some leave.”

Both of them flushed and neither looked at the other.  Well, he thought, serves them right for them thinking they’re fooling anyone, but at least they kept things professional.

“Did we learn anything from the smuggler’s files?” Lieutenant Giovanni asked.  The short woman’s olive-skinned face was intent.  Captain Beeson understood why, but that didn’t mean he fully approved of her dedication.

“I see that you’ve spoken with Gunny Tam,” Daniel snorted.  “We’re still sorting through the data.  Strictly speaking, I shouldn’t be telling you this as the assistant tactical officer.”  She blanched a bit as he said that, but his tone eased, “however, since I figure you’ll be seeing most of this information from your brother, the Emperor, I might as well save a couple of steps.”

She rolled her eyes at that, but she gave him a nod, so he went on.  “We’ve found some sales data as well as indications of where Reese Leone has made purchases,” Daniel said.  “Which did include this system, but apparently he hasn’t been seen here for at least four months.”

She looked disappointed at that, especially since they’d come here based upon information that he was based out of or operating in this system.  If he hadn’t been seen in that long, it suggested that this was yet another dead end.

There’d been a few of those over the past six months.  The Constellation’s mission was to investigate any leads on Reese’s whereabouts, activities, and his mysterious patrons.  Certainly the amount of money and resources Reese accessed on a regular basis suggested that he had some powerful allies.  “The word I’ve received from Faraday says that they’ve put together a working group for this specific job.”  The somewhat cryptic statement had come through the ansible network.  They still didn’t know for certain if the network was compromised.  The Ghornath had discovered indications that a mysterious group could intercept ansible transmissions.  The United Colonies Fleet had begun to limit the critical information they transmitted.  Most of what they did send now was either entirely administrative or personal.

“Now, we’re headed back home.  Lieutenant Commander Perkins, I understand some of the other officers will be throwing you a congratulatory party, so I expect you to be appropriately surprised.”  Daniel smiled, “you are dismissed.”

The Temple of Light will be available on 14 January.  Find out more here.

One thought on “The Temple of Light Snippet Two”