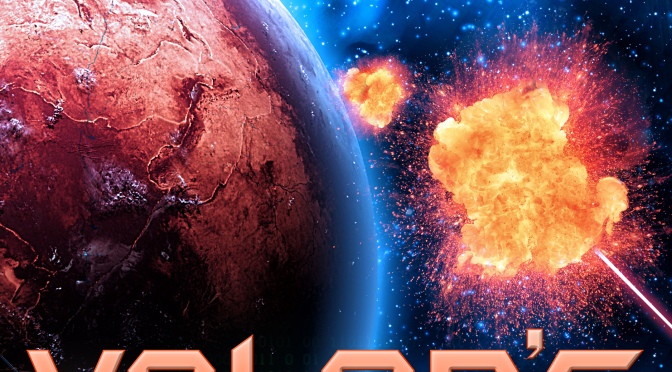 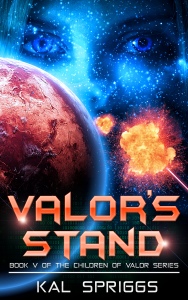 Valor’s Stand is now available on Amazon!  You can get your copy here:

“In valor there is hope.” – Publius Cornelius Tacitus
Jiden Armstrong has gone up against pirates, smugglers, traitors, and murderers but she has never faced anything like this.  Her homeworld of Century is looking down the barrel of a gun and the people behind it have not hesitated to kill, manipulate, and destroy.
To save Century, Jiden will have to build alliances with people she’s never met.  She will need to fight battles both in the depths of space and face to face.  There is a war coming, one where entire fleets, entire worlds,  may burn.  In that war, Jiden’s family and friends, the Militia she has come to love, could be corrupted or destroyed.  That war may well just be the prelude to something far worse.
To save her world, Jiden will have to dig deep, to find the things that truly matter to her.  She will have to understand pieces about herself, to understand why it is that she fights.  Because valor is in her blood and she doesn’t know how to quit, doesn’t know when to stop… and that may be all that saves not just Century, but all of humanity.