I’ve just returned from my fourth Dragon*Con. As always, it’s been an experience. Dragon*Con is, in my opinion, a very unique genre convention. One thing that always hits me is the size. Five years ago, it was around twenty thousand people and spread over four hotels. This year they had five hotels and a convention center, and while numbers aren’t yet completed, I’d estimate over fifty thousand people, much like last year. They have a number of big events that occur throughout the time, to include musical concerts, film stars and directors, and of course, massive costume contests. 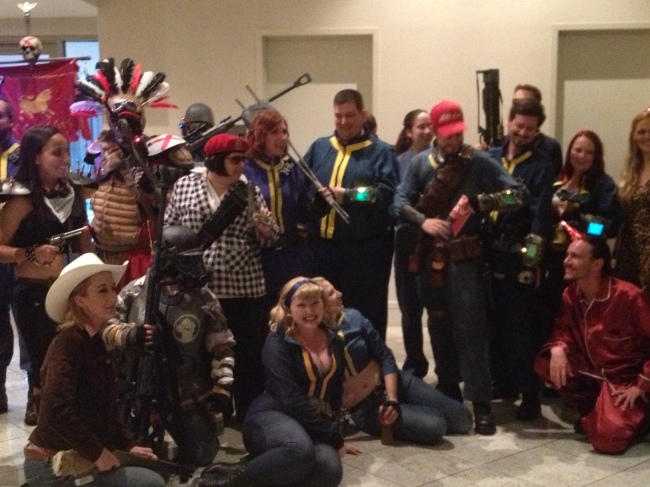 All the same, Dragon*Con has a very small feel to it, in some aspects. The writing panels are typically in small side rooms away from the main corridors. The is the same for the reading panels and other similar subgenre ‘tracks’. More popular events might require long lines and a bit of a wait to get in (and you’re not allowed to form a line prior to one hour before an event), but depending on your interests, someone might spend the entire time in small rooms away from the crowds.

I have to admit, I have a certain level of nostalgia about Dragon*Con. It was my first convention, and I went there by myself, not really knowing anyone. I spent most of those four days wandering around in something of a daze and feeling a bit like a lonely ping-pong ball that needed a break. I’ve since developed some connections and have met a few people. Would I recommend Dragon*Con to others as their first? Not really, especially if they’re going it alone. It’s very easy to be quickly overwhelmed by the sheer number of events to attend. I’ve seen plenty of people who looked like zombies by day three, burned out from trying to see everything. Also, there are easier ways to see the same things in other cons. Local conventions can be talked down on, but they often offer the same things, if smaller in scale. The important thing, in my opinion, is going with some kind of idea of what you want to see and pacing yourself. You won’t see much of Dragon*Con from the hospital if you collapse from exhaustion.

Still, I like Dragon*Con. It’s big, it’s loud, and there’s always something to do. Unlike events such as Comic Con, it’s not commercialized and is still mostly fan driven and organized. Will I attend next year? I plan on it. There’s nothing quite like it.