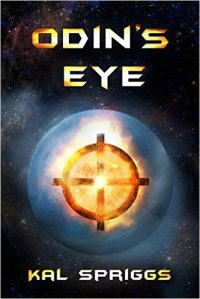 Odin’s Eye, the sequel to Fenris Unchained, is now available on Amazon!

The crew of the Fenris are back from the halls of Valhalla to pluck out Odin’s Eye.

Mel Armstrong has prevented an AI warship from destroying a planet, but she and her friends made many enemies along the way. Unless they can disappear, those enemies will come for them, backed by a computer program, Odin’s Eye, which will find them wherever they manage to hide.

Yet not everyone is happy with the abilities that Odin’s Eye gives to the government. They’re willing to pay Mel and her friends to do the impossible: to slip into a maximum security facility on a corporate-run planet and make certain that no one has the power to know everything.

It’s the equivalent of taking on a god, but Mel and her friends have one advantage: for now, no-one knows they still live. Mel is banking on that fact… and the hope that the eye of a god can’t see them coming.

You can find Odin’s Eye here on Amazon.