The Temple of Light, book 5 of The Shadow Space Chronicles, is now available on Amazon.

The greatest threat is the one that you don’t see coming.

Lieutenant Alannis Giovanni has proven herself in battle, but now she has to face a far more personal threat. Her ex-husband, Reese, plans to activate an alien superweapon located at the Temple of Light that could devastate entire star systems and Alannis is the only one who can stop him.

She and the crew of the UCS Constellation will have to fight off Reese’s other pursuers, infiltrate pirate bastions, and defeat aliens bent upon the destruction of humanity in an effort to stop Reese from activating the superweapon.

It’s a dangerous mission, one where a single misstep could not only doom entire star systems, but embroil the United Colonies in a multiway war. Yet Alannis has little choice. She has to stop her ex-husband no matter the cost.

It’s a race to the Temple of Light, and whoever gets there first will have the power to destroy worlds. 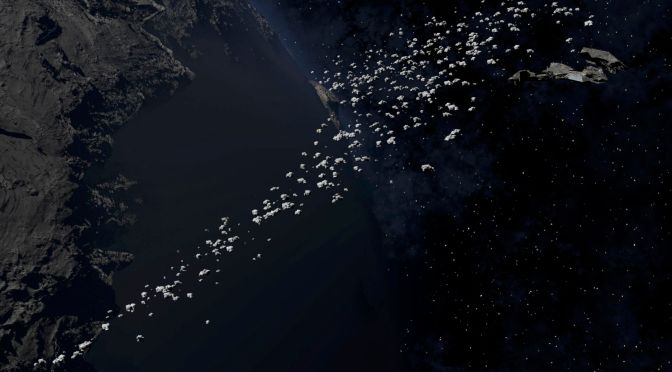 The Fallen Race, my Military SF / Space Opera novel will be released tomorrow at noon on Amazon and Smashwords.

Baron Lucius Giovanni, Captain of the battleship War Shrike, finds himself without a home or nation, his ship heavily damaged, and crew in bad shape. The odds against their personal survival are slim. The time of humanity has come to a close. The great nations have all fallen, either to the encroaching alien threats or to internal fighting and civil war. The aliens who seek to supplant humanity, however, have not taken one thing into account: Lucius Giovanni. He and his crew will not give up – not while they still draw breath. If this is to be the fall of humanity, then the crew of the War Shrike will go down fighting…and in the heat of that fight, they may just light a new fire for humanity….