DC/Warner Brothers has done a shift towards more light-hearted entertainment and they went to the kid/superhero Shazaam with their latest release.

It’s a pretty big shift, one that began (arguably) with Wonder Woman and continued with Aquaman.  Overall, it’s a shift I appreciate because, well, I’ll admit I detested their grimdark approach from before.

So how does it work?  Well… it’s complicated.  On the one hand, the actors involved do a fantastic job.  Zach Levi totally sells his role as the titular superhero/kid.  The kid actors, too, do fantastic jobs.   Same for everyone else, they play their roles brilliantly and some of the side characters are positively awesome, feeling far more real than anything else and therefore reinforcing the suspension of disbelief.

On the other hand… holy crap is the opening dark.  I was actually getting pretty uncomfortable with it and starting to wonder if I’d been sold a humorous superhero movie cover on another grimdark Zach Snyder flick.  It got better, but given the tone and theme of the rest of the movie, they could have cut that whole section out or done it as a flashback.  The villain, too, is a dark, vengeful type totally at odds with the lighthearted tone of other parts of the movie.  He didn’t really fit, nor did some of the CGI.  I mean, it was cool to see… but it was also pure nightmare fodder for kids.

Which brings me back around to some of the branding.  They marketed it as a family movie, but I won’t be bringing my kid to it (I nearly did and now I’m glad I didn’t).  It’s not just some of the violence & CGI (which are both borderline for what I’d feel appropriate for young kids), but there’s some themes on family that are really, really dark for young kids to take in.

They’re mostly done well.  There’s no promises that are made by the story that aren’t paid off (sometimes in heartbreaking fashion).  The story is tight enough and flows pretty well from scene to scene, with no moments jumping out as not fitting.  There’s a few loose ends and some things you just have to make assumptions on (or just sort of ignore as being sequel material or something they didn’t have time to wrap up).  But those are minor things.

The humor is awesome.  There aren’t any jokes that fall flat and it all works organically.  The kinds of humor that would naturally come from the ridiculous situation.  Once it gets going, the movie is a whole lot of fun.

There’s a bit of awkward wording, some lines just don’t make sense in the context of what’s happening in the rest of the movie.  It’s either the CGI not matching up to the scenes or editing having changed what happened.  They’re small things, though, and easily overlooked with everything else going on.

All in all, though, it’s a fun movie.  It’s not one I’m going to go see again in theaters, but I will be buying a copy.  It’s also, as I said, not one I’ll be showing my son until he’s a bit older.  It passes the fun bar, it’s almost on track to match Marvel’s movie franchise, except for that whole darkness at the beginning. 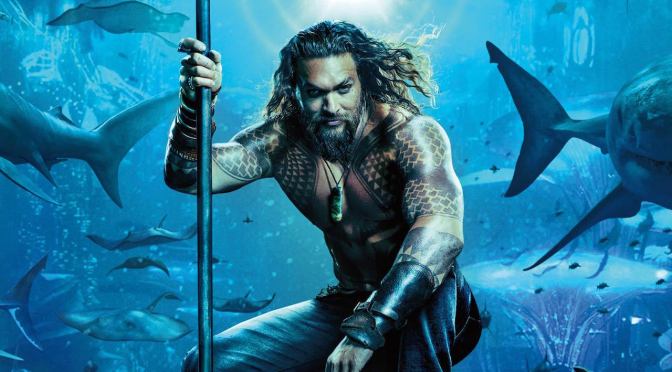 I watched Aquaman last night.  I’ve got to say, I haven’t been this hyped up about a DC movie in… well, ever.  Which is pretty amusing considering Aquaman has been sort of a joke for a long, long time.

The movie manages to live up to that hype.  It’s fun, it’s got good action, an understandable plot, and motivations for the characters that actually make sense.  They do a great job showing Aquaman’s character, in little things he does, not just the big dumb hero stuff of saving the world.  Some of it is sort of check the box, (save the nuns, check, save the trapped guy, check), but a lot of that stuff is cliche for a reason: it shows that he actually cares enough about people to risk himself to save people caught in the middle of his battles.

There’s a whole lot of comic book technology/magic.  It’ll make your head hurt if you think about it, so just eat your popcorn and enjoy it.  The other thing that rubbed me raw was the 2-3 minute pause to lecture about environmentalism.  Okay, I got it, it’s going to be a priority for the people (mer-people?  Atlanteans?) involved.  However, maybe instead of pushing issues that we’ve actually fixed in the past fifty years, you could focus on real environmental issues like illegal fishing trawlers that are pushing fish to extinction?  Oh, wait, those are Chinese fishing trawlers and WB doesn’t want to risk the Chinese market for the movie, so that won’t make the screen.

The movie glossed over some of the who’s who,  as well.  We get that the “fishermen” and the “brine” kingdoms don’t want to fight.  They’re also fish people and crabs, apparently, with no mention of how or why they evolved that way, while the Atlanteans somehow stayed as they were.  It didn’t need a ton of exposition, and I’ll admit, it all looked cool, but a bit more about what happened that they all changed so much might have been good.  Same for the Trench, though the sahuaghin-like creatures obviously couldn’t talk for themselves, it would have been nice to know what drove them so crazy (maybe the pressure, maybe they made pacts with cthuluoid entities, who knows?)

But by and large, the movie had good pacing and a plot you could follow.  Mamoa’s Aquaman shows moments of intelligence and compassion (two features sadly lacking in other DC movies).  I found myself on the edge of my seat for some of the movie because they actually made you care about the characters and there were a couple of times that I had no idea how they were going to get out of situations.  The underwater fight scenes are epic, the underwater cities are pretty epic, too.  There’s a bit too much shaky-cam at times, but I could still follow the action.

There’s also a lot of homages to the inspirations of the comic books.  There’s a HP Lovecraft book, Jules Verne references, and enough references and asides to make geeks, well, geek out.  They were little things, but the fact that they were there suggested a lot of thought went into the movie.

All in all, I’ll put it up as the best of the DC movies, hands down better than Wonder Woman and so much better than Batman v Superman and Justice League that it’s almost comical.  This is the sort of movie they should have done from the beginning, with a lead actor who’s given a bit of free reign to make his character his, to own it and add in his own humor.  Make no mistake, this movie succeeded because it embraced the weirdness that is an underwater kingdom and a superhero who swims well and can talk to fish.  They played that up for the ladies with a leading man who was eye-candy, but they also gave him the freedom as an actor to include his humor and swagger, and his performance felt far more human than the walking, talking, statues we had in Batman V Superman.

This was a fun, enjoyable movie.  It was good enough that I plan to see it a second time.  There’s nothing about the movie that startles or amazes, it was just a solid, fun movie.  I very much recommend seeing it in theaters, too, if for no other reason than to really enjoy the special effects.  A step in the right direction by DC, and I hope they’ll continue this with Zach Levi in the upcoming Shazaam. 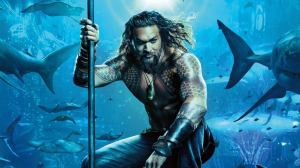